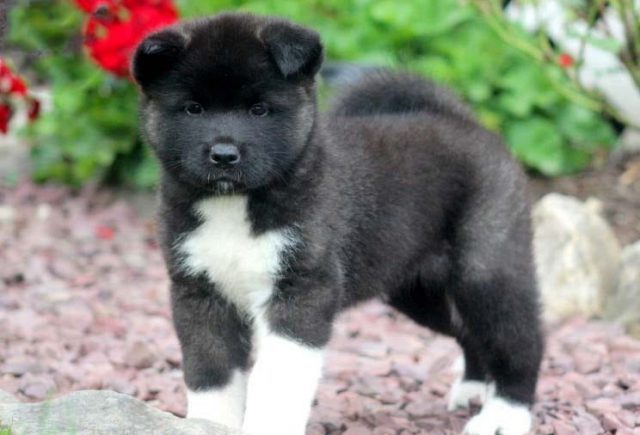 The Akita breed is a large, athletic pup was first bred to hunt elk, boar, and bear, but his alert and protective nature also made the this breed a popular choice as a guard dog. For hundreds of years, the Akita was referred to simply as “snow country dogs.” Named after a wintry, mountain region in Japan, this dog has webbed toes that helps him walk on snow by distributing weight more evenly. For many years, ownership was restricted to the aristocracy and these canines were not allowed outside of Japan.

The Akita fell out of favor over time, but it was saved from extinction in the 1800’s as part of a Japanese effort to save their native dogs. Today the breed is considered a national treasure of Japan.

Hellen Keller, a famed American activist and writer, is usually credited with importing the first Akita to the U.S. in 1937. Helen Keller’s dogs were the only ones of their kind in America for many years while the U.S. fought Japan during World War II. After the war, relationships were established with Japanese breeders, and more were imported to the United States.

The AKC recognized the Akita in 1955, and the re-classified them as a Working breed in 1972.

Average Based on 7 Reviews

The Akita breed is legendarily loyal and forms strong bonds with his owner. Generally, this dog is intelligent, devoted and calm. He’s also strong-willed, and proud, so this dog responds best to respectful commands and positive-training techniques that rely on motivation over force.

The Akita is very good with children, making this puppy a good family pet. He possesses a strong guarding instinct and is cautious and reserved around strangers. Substantial size and a loud bark make this breed a natural choice as a guard dog.

An Akita loves outdoor play and comes alive in cold weather. This mountain dog loves snow and winter weather but can struggle a bit in the heat, so watch for overheating. To keep this highly physical canine calm and centered, regular, vigorous outdoor exercise is essential.

If you think you may want to buy an Akita puppy, make sure you understand the breeds health and special considerations. An Akita’s life expectancy is 10 – 12 years. He is generally a robust and vigorous breed, but some health concerns to watch for are:

To keep your puppy healthy, make sure you provide him with plenty of daily exercise. Keep your dog at a healthy weight, take your dog in for regular checkups with your veterinarian, and stay current on all of your pup’s shots and vaccinations.

This handsome pup is famous for a thick double coat and a plush tail that typically curls over the back. Like most double-coated dogs, the undercoat is soft and dense, while the outer coat is rough and straight.

An Akita will “coat blow” twice a year. This type of shedding is dramatic, and you’ll find large tufts of fur during this time. Vigilant daily grooming and lots of vacuuming may be required during this shedding period, but during other times of the year, they are relatively easy to groom. Occasional brushing of weatherproof coat helps eliminate dead hair. Gently wipe around eyes & in ears as needed. Bathe only when necessary. 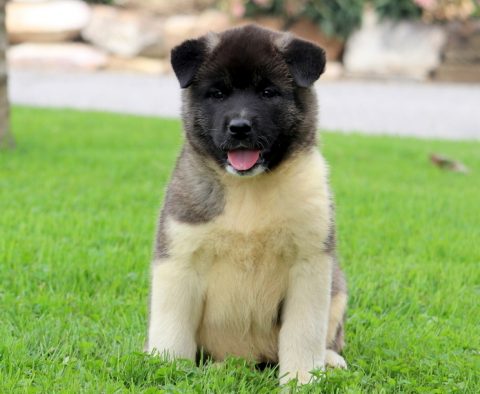 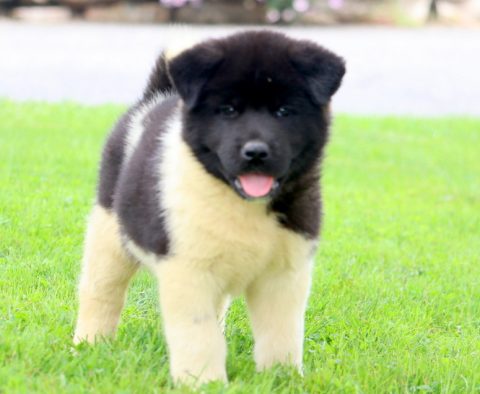 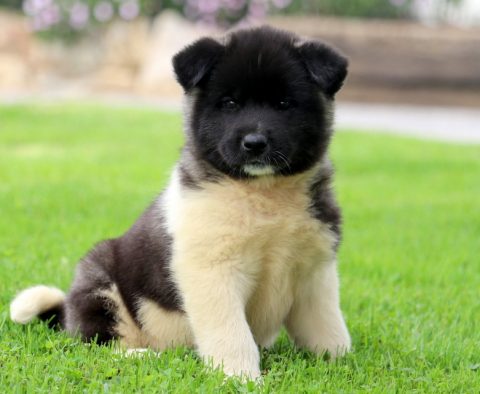 Dog Breeds Similar to the Akita