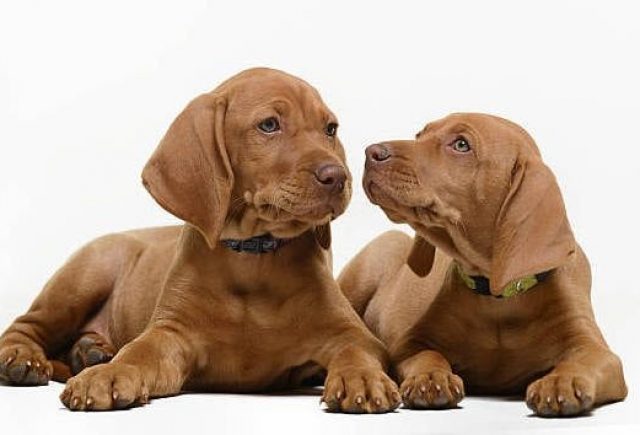 The Vizsla breed originates from Hungary and were bred by the Magyar tribe for hunting, Companion dogs of the early warlords and barons, Vizsla blood was preserved pure for centuries by the land-owning aristocracy who guarded them jealously and continued to develop the hunting ability of these “yellow-pointers”. The Vizsla started arriving in the United States at the close of World War II. As interest in and devotion to the breed began to increase, owners formed the Vizsla Club of America in order to gain AKC recognition. The Vizsla was first recognized by the AKC in 1960 and grouped as Sporting.

The Vizsla breed is high in energy but are very gentle mannered and very affectionate. They tend to need a lot of attention from the owners but they do make excellent hunting dogs. This is a super intelligent breed who makes for a great family dog.

The Vizsla life expectancy is between 11 – 14 years. Some health concerns to look for in this breed are:

The Vizsla coat should be short, smooth, dense and close-lying, without woolly undercoat. 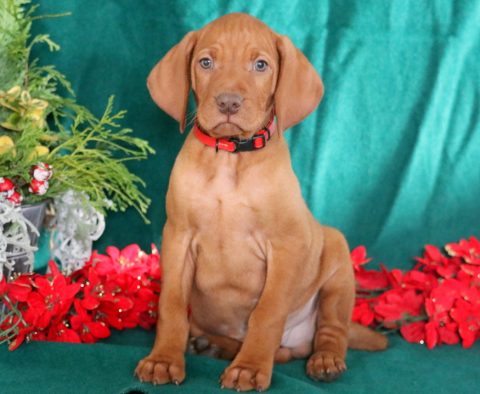 Dog Breeds Similar to the Vizsla