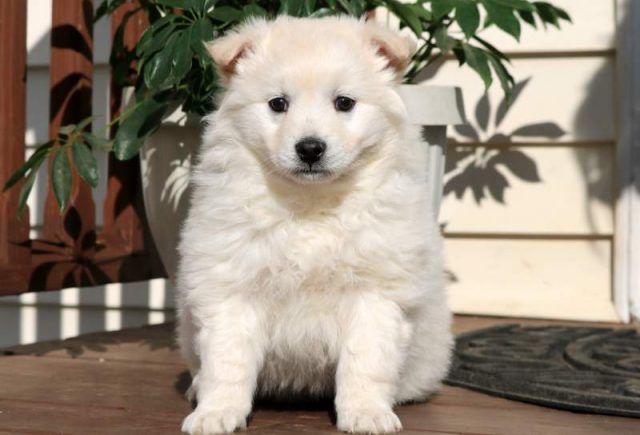 The American Eskimo breed is affectionate, alert and energetic. This breed is intelligent, loyal and eager to please their family. They can be a bit mischievous when left alone for too long!

The American Eskimo life expectancy is between 12 – 15 years. Health Issues to watch for are:

This breed has a dense undercoat with a longer outer coat. Their hair is straight with no wave.

This breed sheds a lot therefore should be brushed frequently to prevent matting. Bathing this breed once every couple of months is best so their skin does not get too dry or irritated.